I’m absolutely loving this little food project I’ve created for myself, making dishes I usally wouldn’t know about or come across in recipe books. This week I’m cooking in honour of my colleague Natasa who is from Bosnia.

I’m not really well known with the cuisine from that area, although I have been to countries in the Balkan before and of course eaten there as well.

I asked Natasa for a traditional recipe and she sent me her mothers (Sanja) and grandmothers (Beba) recipe for stuffed green peppers, aka Dolma’s. Dolma’s are eaten all over the Balkan, Caucasus, Middle-East and Asia, and each country has it’s own take on the recipe.  I had to read the recipe a few times to be able to decipher her grandmother’s words, but with some help from Natasa I got there in the end, and so happy I did! The secret to this dish is slowcooking and lots of sauce.

Natasa’s mother wouldn’t actually cook Bosnian dishes here in the Netherlands very often, so whenever they would go to Bosnia in the summer holiday, she knew that after a 2-3 days drive her grandmother would be waiting with a bit pot of these dolma’s and it tasted like home straight away. I can see why!

For this dish I also made the Ajvar (grilled aubergine and red pepper paste) to go into the mix and the sauce. Also a new for me and super tasty! 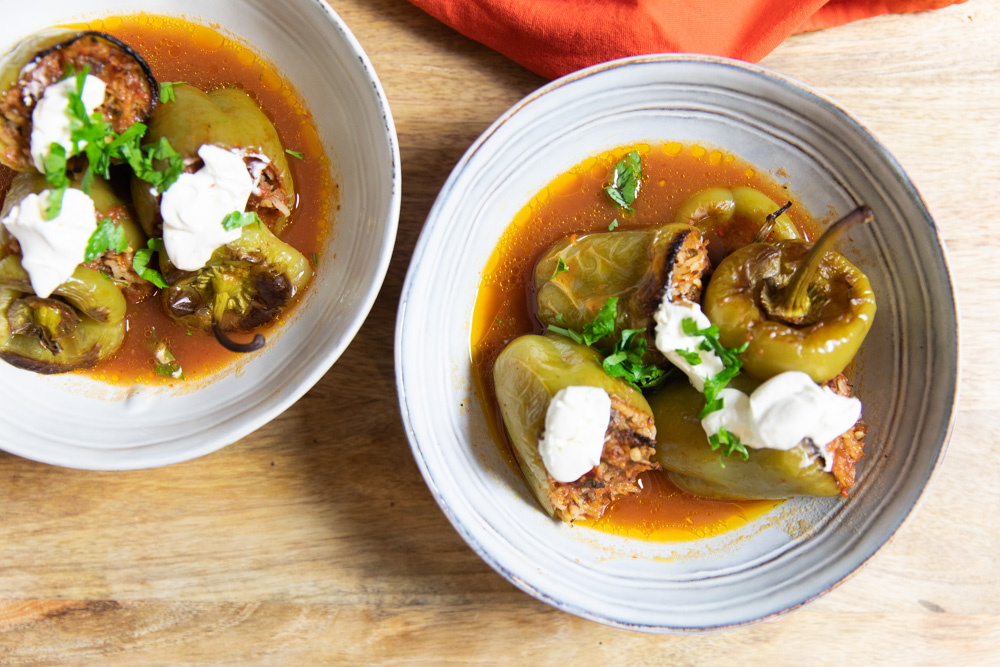 Cut the tops off all the peppers and remove the seeds.

In a large bowl mix all the ingredients of the stuffing, also adding 1/2 a cup of hot water.

Finely chop the tops of the peppers and mix through the stuffing.

Fill the peppers with the stuffing, leaving about 1cm from the top so the rice and mixture has room to expand.

Place the peppers in a deep pan so they all fit snuggly without falling over.

Pour the boiling water into the pan between the peppers, not covering the stuffing.

Remove the peppers carefully and place in an oven dish, standing up.

To the water in the pan add 2 tbsp of tomato paste, 1 tbsp of Ajvar, season with pepper and salt and bring to a boil.

Pour the mixture over and in between the peppers and place the oven dish in the oven.

Bake for 40 minutes, while basting the peppers now and then with the sauce to keep the stuffing moist.

Serve it with a dollop of crème fraîche, some freshly chopped parsley and crusty bread to soak up the juices. 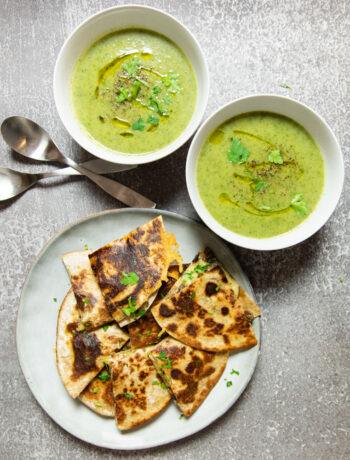 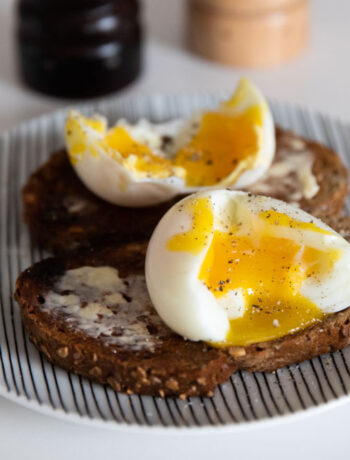 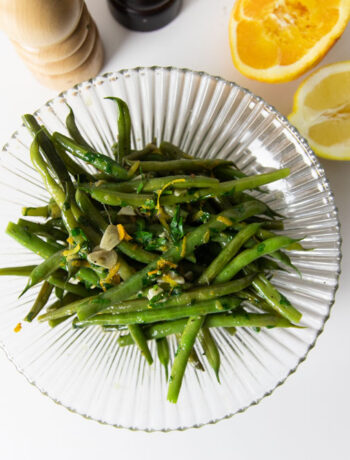 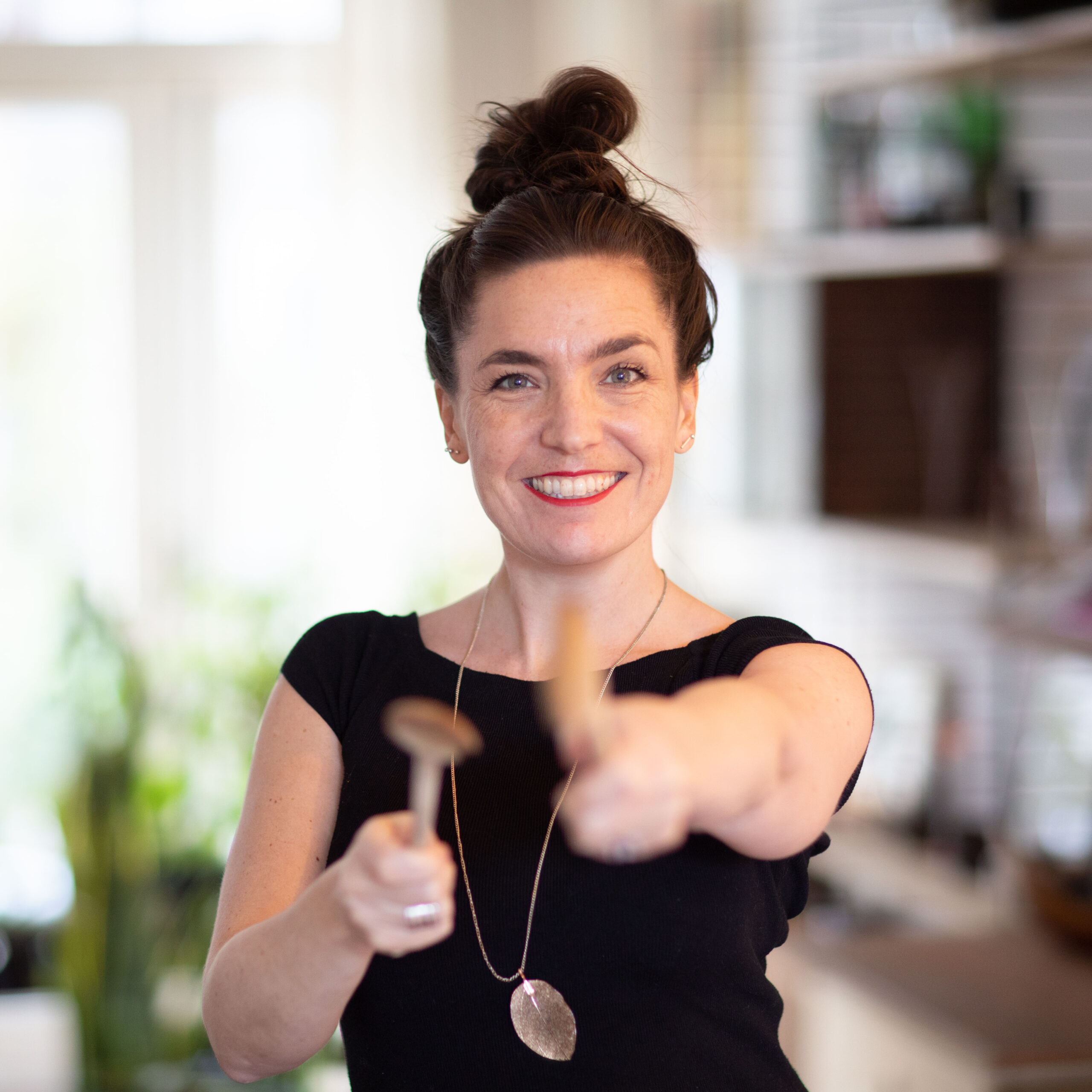 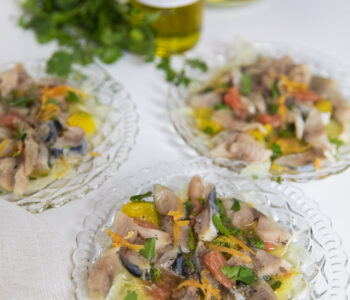 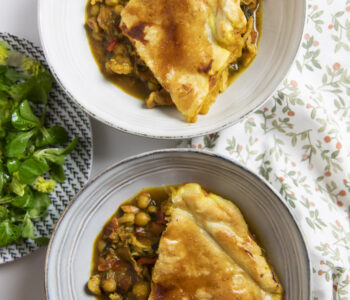 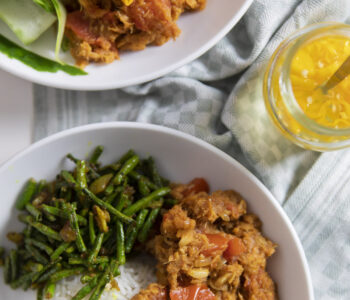 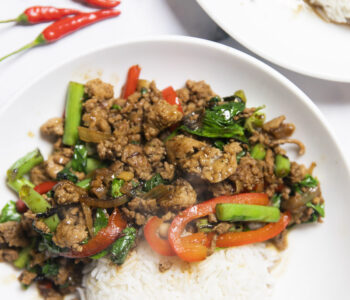 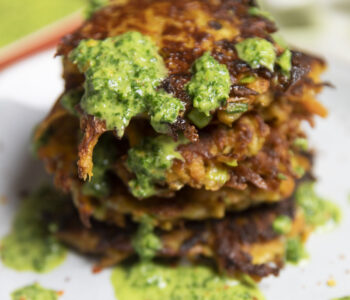